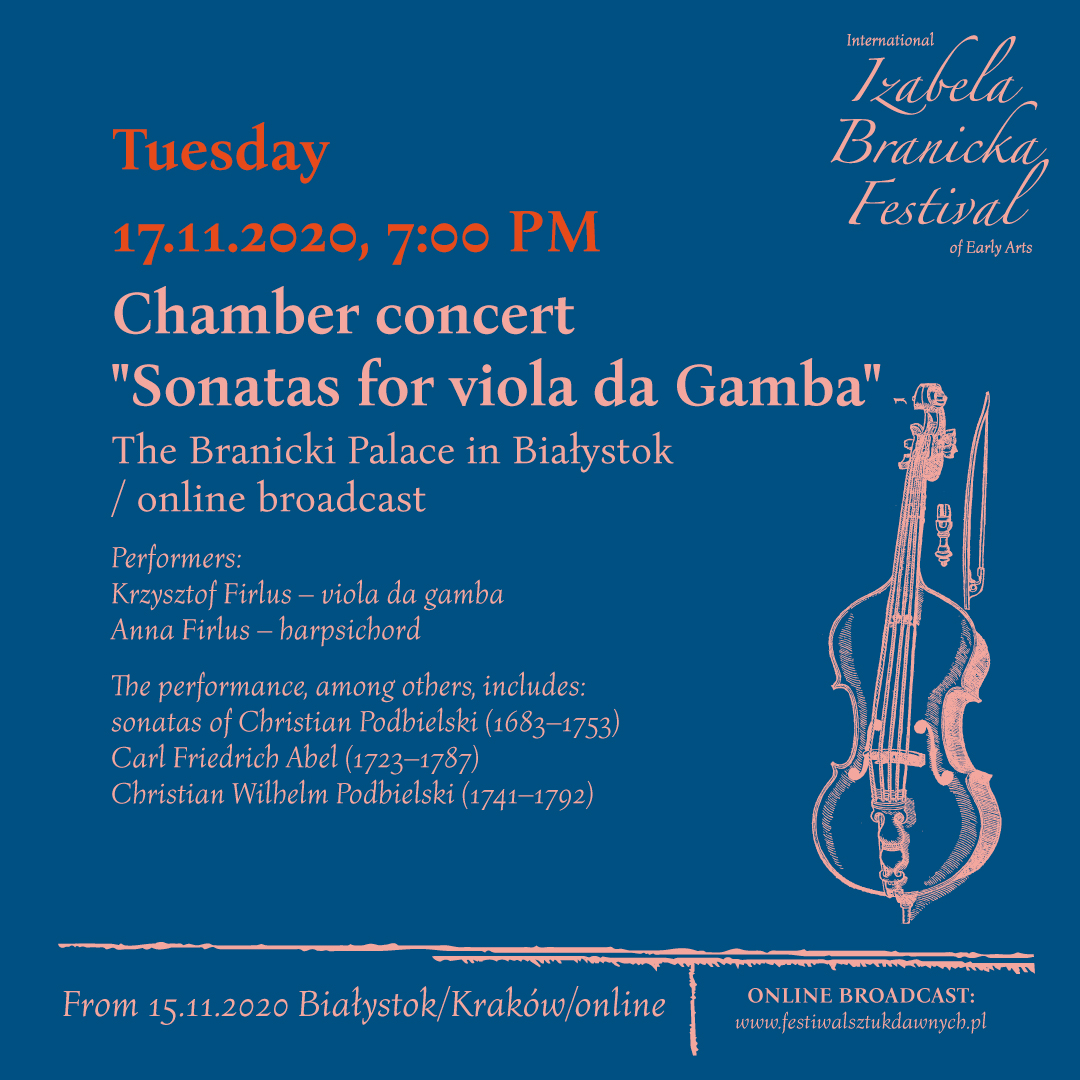 The performance, among others, includes:

Recent years have brought an extremely rich harvest when it comes to discovering forgotten - or considered lost – viola da Gamba literature. On the one hand, the collection of Telemann 12 Fantasias for viola da Gamba, which it has been known for years that once existed; even the date of its creation was known: 1735. At the end of 2015, this collection was unexpectedly found in the library of the Ledenburg Castle in Germany. On the other hand, there are works that no one knew existed before - unusually beautiful viola da gamba sonatas of the Podbielski family organists from Königsberg and an extraordinary collection of over twenty sonatas, classic in expression and form of Carl Friedrich Abel, who is considered to be the last gambist; a collection found in the University Library in Poznań, called "Milicz Music". The concert programme is nothing more than "materialising" these newest discoveries; the opportunity to present them to the public. At the same time, you can be sure that it will be one of the first performances of this repertoire - not only in Poland but also in the world.