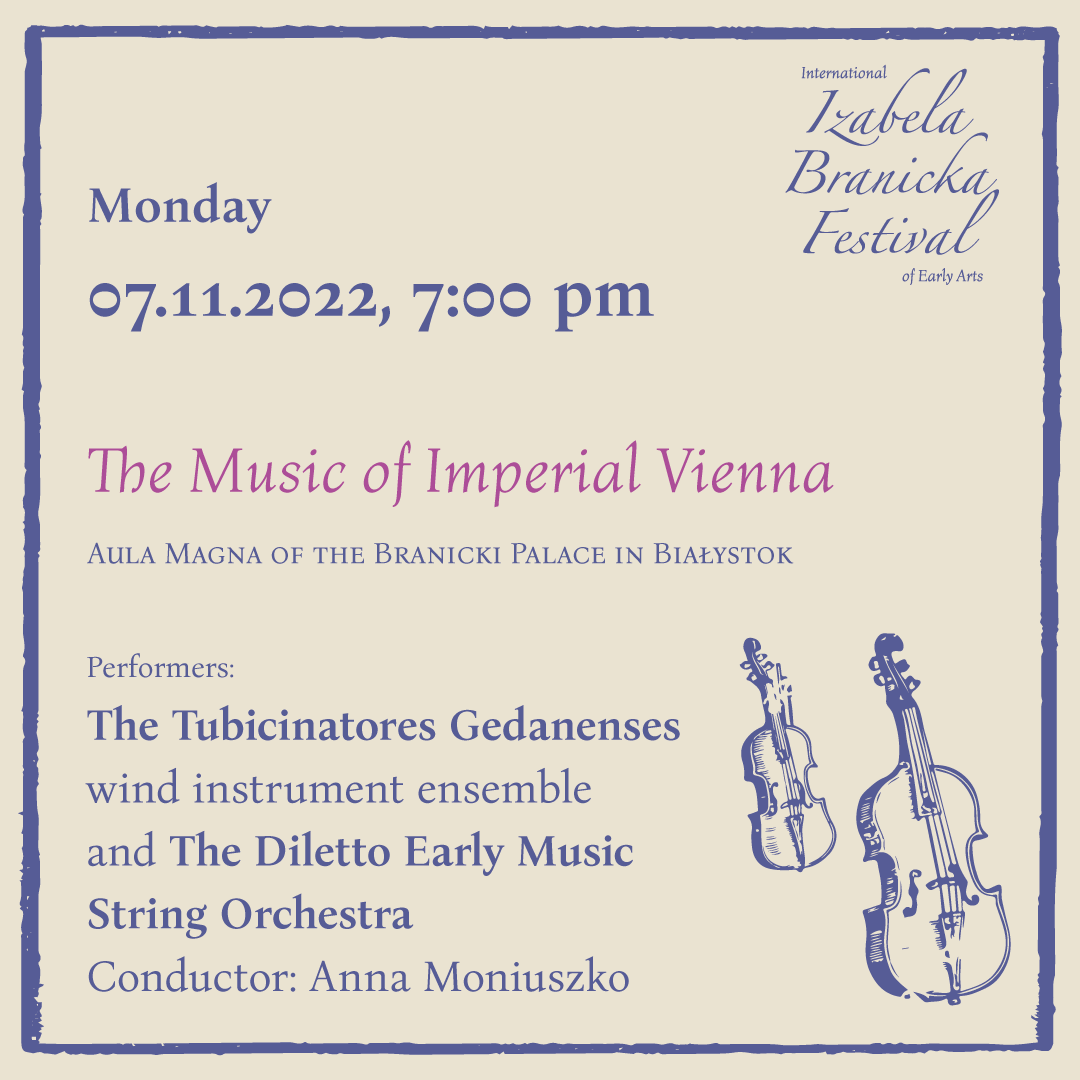 The Music of Imperial Vienna

The music of imperial Vienna is a unique music project dedicated to the Tubicinatores Gedanenses ensemble of historical trumpets and timpani accompanied by a baroque chamber orchestra. The music presented in the programme is based on the repertoire of the 17th and 18th century Imperial Court in Vienna. Ceremonial sonatas were performed by musicians at courts, both secular and church, to the delight and entertainment of both the aristocracy and wealthy urban patricians who organised concerts in the privacy of their homes.

Tubicinatores Gedanenses is a group of musicians who use the copies of historical instruments for playing. It consists of four trumpets and timpani, a combination that is extremely rare in contemporary concert life. In the past, it appeared quite often at the courts of rulers, during the hustle and bustle of battles or city celebrations. The assumption of the ensemble is to continue the great Gdańsk musical tradition of Turmmusik, i.e. concerts from church towers and town halls of wealthy cities (German der Turm - tower). By presenting musical compositions in their playing, Gdańsk trumpeters differed from the rest in that limited their playing only to signals in those places. This tradition was born in the 15th century and lasted until the beginning of the 20th century.