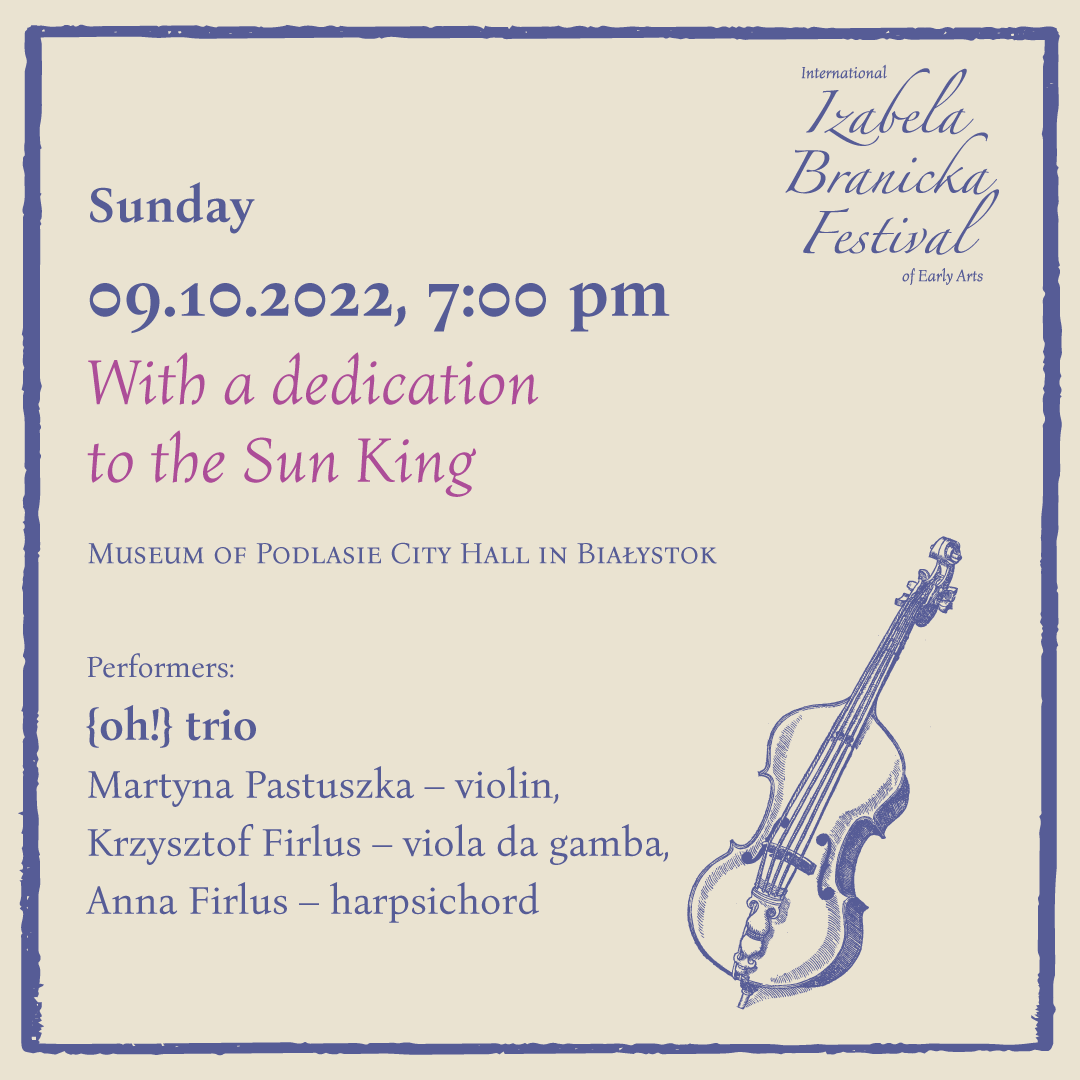 With a dedication to the Sun King

The concert programme will include recently discovered compositions by Louis-Joseph Marchand - valued by Louis XIV and associated with the royal orchestra. It will also be a concert heralding a three-disc album with the complete Suite de pièces by Louis-Joseph Marchand, which will be released at the beginning of next year by the French publishing house Aparté, being a world premiere of these musical works.

The {oh!} trio are the musicians associated with the {oh!} Historical Orchestra, who also successfully pursue solo careers. Three outstanding chamber musicians, and academic lecturers, specialising in the stylish performance of the music of the old ages, have been playing as a trio for 4 years. The visible result of this cooperation is the album entitled Portraits, which was released on the market at the beginning of October (DUX), at the beginning of the next year, a three-disc album with music by LJ Marchand (Aparte label in Paris) will be released.