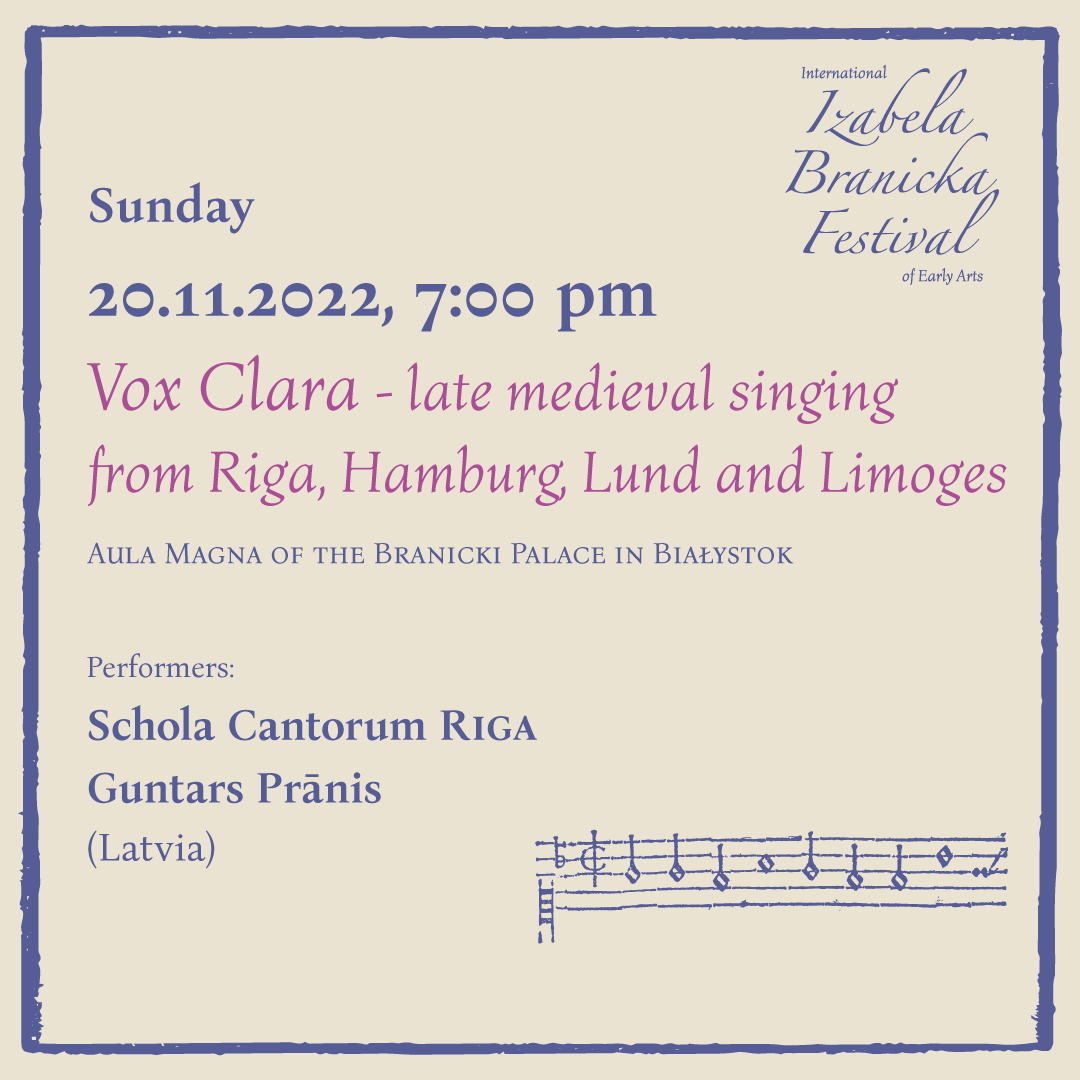 The latest Vox Clara programme uses bagpipes and a hurdy-gurdy, both documented in traditional Latvian music and the national instrument kokle (a kind of Baltic box zither). Early music dialogues and instrumental improvisations are unique, creating a unique atmosphere where the past meets the present.

The Schola Cantorum Riga has been regularly performing Gregorian chant and other early music compositions for over two decades, basing its interpretation on the studies of the oldest neumatic manuscripts. Over the years, it has developed into a group with a very wide and varied repertoire. Its main goal is to perform music at a high artistic and professional level, reflected in the group's numerous concerts in Latvia and abroad and in its regular recording projects. Although Schola Cantorum Riga mainly performs medieval music, it also occasionally performs compositions by contemporary composers (Rihards Dubra, Henning Sommerro, Nic Gotham, Renāte Stivriņa, etc.), which are often created specifically for the ensemble. One of the most important places of Schola Cantorum Riga is the Riga Cathedral, where countless concert projects involving early music as well as premieres of compositions by contemporary composers have been realised. The group regularly participates in early music concerts and festivals in Latvia and abroad, where it enjoys the undivided attention of audiences in Italy, Switzerland, Germany, Austria, Belgium, France, Poland, Norway, Finland, Estonia, Lithuania and other countries. In 2017, Schola Cantorum Riga was nominated for the Latvian Grand Music Award for outstanding performance.